Greyson Lee Royal Briles of Omaha, Nebraska passed away on May 7, 2022.
A memorial service will be held on Saturday, May 14th 2022 at 1:00 PM at the Hoy-Kilnoski Funeral Home and Crematory.
Born born in Council Bluffs, Iowa, on April 29, 2022, he was predeceased by his grandmother Karen Biles of Omaha, NE.. He is survived by : his parents, Madison Robe and Nathanial Briles; his grandparents, Megan Robe and Howard Briles; and his aunts and uncles, Keegan Robe, Bentleigh Robe, Jessica Strong (Russ), Emily Briles and Kyle Strong (Alexandra).
By The BIN at 11:44 PM No comments:

The BIN has transcribed, photographed & uploaded Mt. Gilead Church Cemetery, formally UMC. Click on the link below to view cemetery listing and markers! Surnames of friends buried here are Briles, Welborn, Wall, Sawyer, Hill, Kinley, Crotts, Hoover, Hunt, Johnson, Skeen, and more. Make sure you click on the link inside of the transcription page to view the markers. Next up is Science Hill Friends Meeting Cemetery! Enjoy!
By The BIN at 10:32 AM No comments:

The Briles Information Network has completed transcribing & photographing Poplar Ridge Friends Meeting Cemetery. Surnames of friends buried here are Briles, Sawyer, Frazier, Rollins, Kinley, Hoover, Hunt, Spencer, Skeen, and more. Make sure you click on the link inside of the transcription page to view the markers. Enjoy!
By The BIN at 9:28 PM No comments:

A funeral service will be held on Wednesday, May 4, 2022 at 10am at Sechrest-Davis Funerals of Thomasville; Pastor Michael Bowers officiating. Visitation will take place 1 hour prior to services. Burial will follow at Holly Hill Memorial Park.
Virgie was born October 7, 1936 in Thomasville, NC to the late Howard and Bessie Cody Parrish. 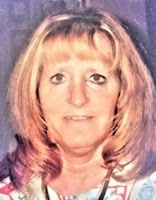 She was preceded in death by her husband, Clyde Scell; her father, Gene (Red) Wheeler; mother, Doris Whitley Wheeler; and one grandchild. 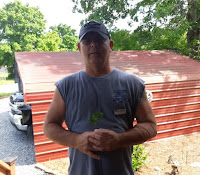 Mr. Dale Wayne Summey, 56, a resident of East Old Hwy 64 passed away Thursday, April 28, 2022 at his residence.  By his personal request Mr. Summey will be cremated.

He was born May 1, 1965 in Randolph County, NC, the son of the late Wayne Summey and Willa Mae Wright Summey.

"Thomas A Peeper" Hits the KCFFI!!!

'Thomas A Peeper' has arrived at the Kansas City Film Festival International! Filmmakers Bill Briles and his wife Aleta Doroudian Briles are set to debut their flick today, April 28, 2022 at 4:05 CDT. The narrative, taken from the festival itself states "In a five-day period, Modesty Divine’s life becomes entangled in disastrous ways with her new eccentric gardener Thomas, which includes the apparent accidental death (or murder) of her soon-to be ex-husband Ash."
The flick is 83 minutes in length and if you catch this post, 'Thomas A Peeper' is playing at the AMC Ward Parkway Theater 4!!! This is either the fifth or sixth feature film in the dynamic duo's career in filmmaking! Others include, First Shoot the Lawyers, Romance at Frisky's Bar, A "Private Dancer" in Mom's Kitchen" and in pre-production, My High School Girlfriend, Your Wife..."
Congratulations to both Bill and Aleta!!!
By The BIN at 12:09 PM No comments: 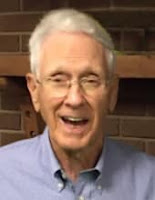 The Briles Information Network has completed the updates for two cemeteries in Randolph County, North Carolina. The BIN transcribed and photographed each cemetery dating back to 2005, 2009, 2019, and 2022. The BIN is working on a script to indicate if someone buried in the cemeteries is related to the Briles Surname, other than the obvious. Next up on the list is Mt. Zion United Methodist Church Cemetery in Randolph County, NC.
Pierce's Chapel Primitive Baptist Church Cemetery is located at 2661 Ross Wood Road Trinity, Randolph County, North Carolina. We completed the survey on April 15, 2022. 350+ memorials have been added to the listing, however there are some grave sites that aren't marked. This church is still active with the lastest burial in March, 2022, Dennis Lynn Tester. The Briles Information Network is currently working on a documentary on this cemetery, courtesy of Video Impressions, a subsidiary of the BIN.

Mt. Pleasant Community Church Cemetery, formally a United Methodist Church, is located at 4713 Cashatt Rd in Trinity, Randolph County, North Carolina. We completed the survey on April 20, 2022. 380+ memorials have been added to this listing and like above, there are many unmarked grave sites. My great, great grandparents Joseph Lafayette & Roxana Spencer Briles are buried at Mt. Pleasant. This is an active church with the latest burial on April 20, 2022 (Wiley Craig Hunt).
By The BIN at 12:35 PM No comments: